Let’s take a look at Ulcerative Proctitis, what it is, what happens when you get it, how it can affect you and what to do to deal with this type of chronic illness. When explaining an illness such as this the first thing to do is to start at the beginning.

What is Ulcerative Proctitis?

Ulcerative Proctitis is a mucosal inflammatory disease where a part of the bowel, in this case the rectum, is affected. What does that mean? It means you’ve got inflammation going on in your body that is presenting in the rectum area only in the case of a proctitis sufferer. These diseases with inflammation of the internal organs fall into the spectrum of the autoimmune response type.

The thing all these Irritable Bowel Diseases have in common is becoming inflamed due to some cause (usually what doctors like to call idopathic causes) and then the body works to neutralize that inflammation but usually overdoes it by attacking and continuing to attack the affected area to the point of massive complications.

What has happened when you have this Ulcerative condition is the body has turned on you. In this case of having Ulcerative Proctitis, you have a literal pain in the ass that isn’t going to just go away. And this is not to be confused with “regular” Proctitis where the outcomes and interventions can be different.

I have had bad ulcerative proctitis that then travelled up the colon from 18cm to 31cm… And I remember not being able to sit down, while having an incessant searing pain directly left of my tailbone. Steroids did the trick a little, prednisone mainly and then axathioprine, until I was borderline addicted to them because it was the only thing that took the pain away for a short time. That mixed with the systemic inflammation across all joints and the mouth sores when I stopped the roids… that all kept me taking them

Here are some of the symptoms that can be present:

This list is similar to most of the ‘-itis’ type inflammatory bowel diseases or syndromes and with Ulcerative Proctitis the affected area is only in the rectum. When the affected area enlarges to include more of the colon, this is called Ulcerative Colitis. The inflammation can spread further up the colon, and in some patients the entire large intestine is affected which can require surgery.

Surgery is a last resort and was a suggestion in my case. I passed and went the Naturopathic route, at the advice and demand of a close friend. I thank my lucky stars for that.

Why Did I Get Ulcerative Proctitis?

Doctors call this an idopathic disease – which means they don’t know what causes ulcerative proctitis or ulcerative colitis or Crohn’s disease or any other IBD for that matter. They being doctors/MDs. From experience, I know that there are some things that can spur on an uproar in the digestive system in general with any inflammatory condition.

What To Do About Ulcerative Proctitis?

Here’s the most important part of this entire article. What do you do if you have these symptoms, you go to the doctor or you even “self diagnose” (which I managed to do using WebMD symptom checker and then had a bunch of other tests to confirm with an MD)

So what do you do when you have this disease? Once you know that you have it, either by colonoscopy, or blood test for C Reactive Protein and CBC levels (mine were like 42… normal was 2-9)

The first thing is to accept that you are sick. Which is a hard thing to understand at first and I had my realization of this while glued to the toilet one morning about 8 months into my symptoms being very prevalent. I said to myself, “You’re sick. And this sucks. And we need to fix this.”

The fixing of the disease is something that the medical community likes to refer to as “achieving a medicated state of normalcy.”

This sounds like a nightmare. To me it was a nightmare. I was on the toilet 12-15 times a day, throughout the night, and for over a year I didn’t sleep more than 2 hours at a time. What’s wild is how much a human being can adapt to something like this. The rigors of being sick.

What Actually Happens When You Have Ulcerative Proctitis Like This?

Before this list gets too long. Let’s see how we come back from it – because honestly this is most likely not your fault in any way shape or form

When he prescribed the Pilex it was the only thing that didn’t need a prescription for the pharmacy. I actually went to a natural health food store and they had it on the shelf for $45 at the time down in South Florida. I got 7 pills and it almost did the trick in 7 days, then I went and got 14 more and saved my ass from being completely useless to me.

Some people take steroids and suppositories, and they make it through – depending on when they take action against this disease.

I did not take action fast enough. I dealt with progressively worsening symptoms for over 6 months before going for a blood test. When my C Reactive Protein was at an insane level it was time for a camera looking up my butt and then the diagnosis of “this is no joke, you have Acute Ulcerative Colitis” – and about 2 years of eating a lot of pharmaceutical drugs to try and stop it

The drugs only really started to work one time, when I first started Azacol and then it didn’t fix things, switched back to Balsalazide Disodium, and then that was it, Flare and massive downturn into oblivion

Naturopathy I thought was a bunch of “take herbs and be one with the universe and then you’ll be fine and the spirit will heal you” type of hogwash bullshit.

Well I was dead wrong. Naturopaths are no joke. Mine wasn’t anyways.

And he returned me from an almost death sentence to gaining 50 pounds back to my emaciated frame, no more blood passing out of unwanted places, no more mucus from there either, no systemic joint pain, no left sided stomach pain, and as long as I eat within the foods I’m not sensitive to… I feel pretty great all the time

You need to go the natural route! See a Naturopathic Physician

The body is made to stay at a stasis point. Meaning we heal ourselves. This sounds hoakey? Shush and listen up. I’ve done it.

It’s real. Even though wikipedia basically implies it a bunch of quackery. Here’s the issue, I’m living proof of it herbs work

Human Homeostasis is the technical term for this type of balancing act that the human body does. I mean seriously we are some resilient people.

If aliens attacked I have no doubt they would have a serious run for their money. We agile, strong, regenerate quickly, critically analyze, learn, adapt and overcome. We are the apex predators in our ecosystem.

So with all of this ingenuity what are we doing about our Flaming Guts?

Because that is what is causing this problem. You gut is inflamed. Well your body for that matter.

And therefore you must first find out what is the cause of the inflammation.

***Hint: it is not that you are low on mesalamine or steroids in your body

Your blood is most likely boiling with something fierce. You need specific blood analysis to know what is going at a very granular level with you currently.

And once you’ve tested this, you must retest it every 3 months to see your progress.

No, this isn’t cheap and no it is also not fair.

What it is, is what it is. Face it and move through it. That’s what this site is here for

Now get yourself to a naturopath and ask them what their plans are for curing your Ulcerative Proctitis.

First off, who says that? Second… I was amazed and in disbelief. I had been having blood in the stool for 3+ years at that point

How the hell was he going to stop me from having this horrible pain, the pain I had experienced every day and night for over 3 years

Prior to this, a traditional MD from a hospital local to me told me that because the Balsalazide Disodium was not working and he didn’t want to switch back to the Azacol (which was working) he said I can start taking Humira or I can get my colon removed because it’s been a problem for so long.

Ok, Humira is a TNF blocker – which Stinging Nettles does the same thing for $8 a bottle

In under one year of treatment, diet change, and seriously seeing what my body was up to internally, I am happy to say that I am symptom free!!!

And it’s amazing and it is something that you can achieve as well. No matter how bad your condition or how light it is right now.

DON’T LET IT GET WORSE! Don’t be like me and try and do it on your own, GET THE RIGHT HELP!

ps. I’m not a doctor nor do I play on the internet. This is just my experience and what I would have done sooner had I known this was an option.

About the Author: Matt

I'm Matt, someone who has had Ulcerative Colitis and all the pains that go with it while also having pushed it into remission. Permanently I hope. And my goal here is to share with you what I've done to conquer this disease and overcome the obstacles while regaining my physical, mental and emotional health. I'm back, and you can come back from this as well!

This site uses Akismet to reduce spam. Learn how your comment data is processed.

So it was Pilex that got rid of the proctitis?

Hey Farah, great question. The Pilex was actually the solution to the hemorrhoids. It constricts the blood vessels and takes them down. Doesn’t work for everyone but it worked perfectly for me. I wish I had found it much sooner. The proctitis was addressed and solved through diet, nutrition and naturopathic supplementation. Let me know… Read more »

Just actual inflammation of the hemorrhoid and that area… surprisingly effective actually. And it’s an herb. The proctitis itself was internal inflammation that went up the intestine about 18cm. That was first addressed with prednisone, then later with herbs taken orally. The maintenance dosage for me has been 5g-6g of psyllium husk powder. I don’t… Read more »

Vote Up0Vote Down  Reply
Get Updates FREE And Save Your Gut (Or Your Loved One’s) Starting Now! 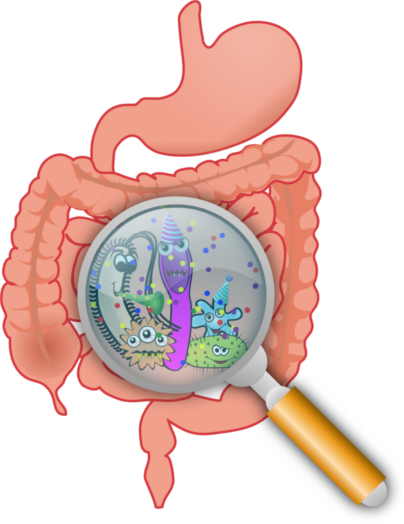 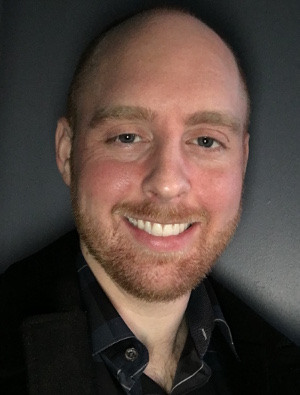 Hi, I'm Matt. One of the worst and best things that's ever happened to me was being afflicted by Ulcerative Colitis. Worst because let's face it, bleeding intestines are no fun. Best because there was a silver lining where I found alternative and natural health remedies that really work. And I'm healthier, more vibrant and stronger than I ever have been in my life. So I'm here to share what I've learned and my take on dealing with Gut Health, Probiotics, Leaky Gut, Chronic Illnesses, IBS issues, Systemic Inflammation and everything in between. Thanks for reading and Enjoy!

Search The Site For Specific Info: